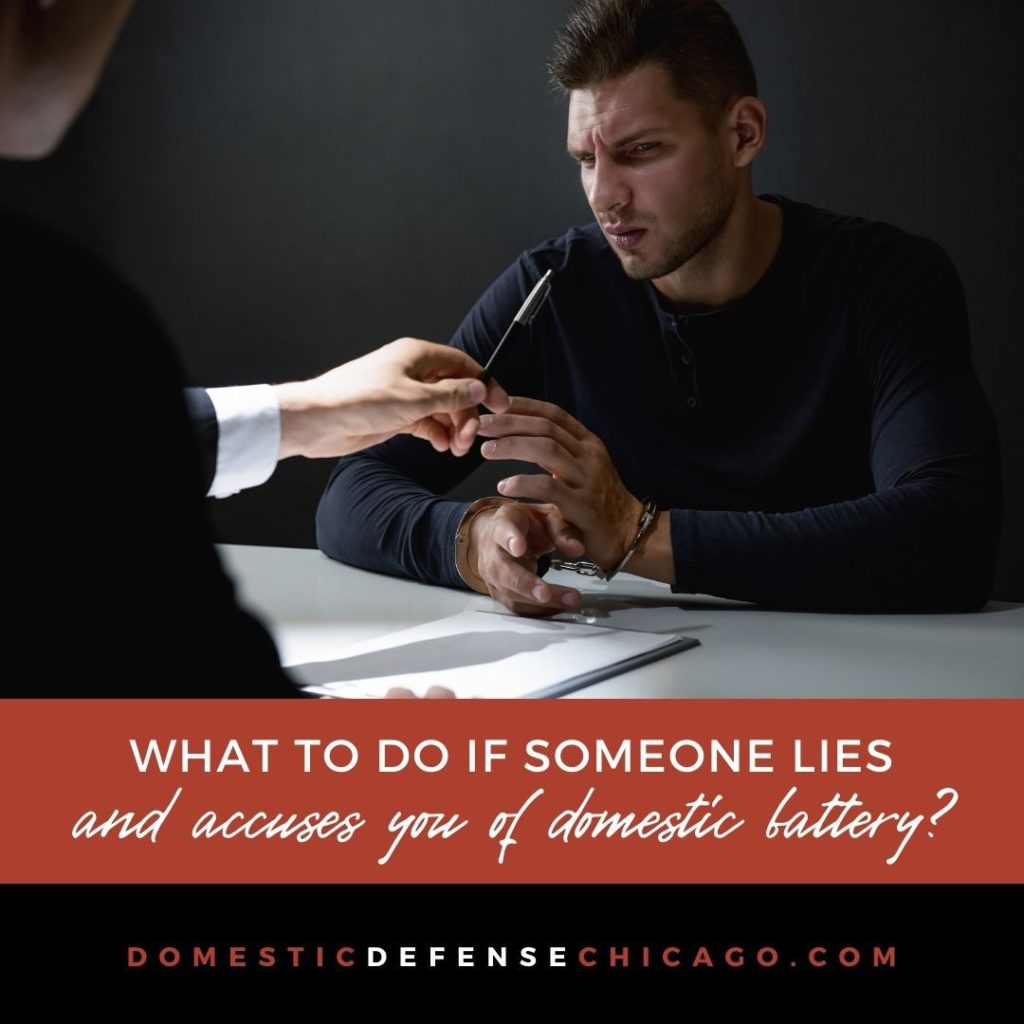 Unfortunately, sometimes people make up stories to get other people in trouble. That’s true from kindergarten to adulthood. But what about instances that have very real, and even terrifying, consequences? What should you do if someone lies about you committing domestic battery? This guide explains your options.

First things first: If police attempt to question you about an alleged domestic battery incident, you should use your right to remain silent. Do not answer any questions, even if you are completely innocent and the whole story has been fabricated. That’s because the police have one job: to find and arrest the “bad guy.” There’s a good chance that if the police are questioning you about a domestic battery incident, they already believe that you’re guilty. Remember, too, that anything you say to the police can and certainly will be used against you in court. That means even if you’re completely innocent, the police can use your statements in an attempt to show that you’re guilty.

Even if police arrest you and take you to jail, do not answer their questions until you have had a chance to speak to an attorney about your situation. You simply need to inform the police that you wish to speak to a lawyer. At that point, the police are supposed to stop questioning you immediately.

You have the right to have your attorney present with you during any questioning.

Related: Can you get domestic battery charges dropped?

But Won’t I Look Guilty if I Hire a Lawyer?

Many people we are innocent are frayed to hire an attorney because they believe it will make them look guilty. That’s nonsense. It doesn’t matter whether the police think you’re guilty. In fact, it doesn’t matter whether anyone thinks you’re guilty (aside from the judge and jurors in your case). Jails all over the state of Illinois are populated with people who were afraid to look guilty by hiring a lawyer. You don’t want to be the next one. Besides, the police already think you’re guilty. That’s why you’re being questioned.

Related: Does shoving your partner count as domestic battery?